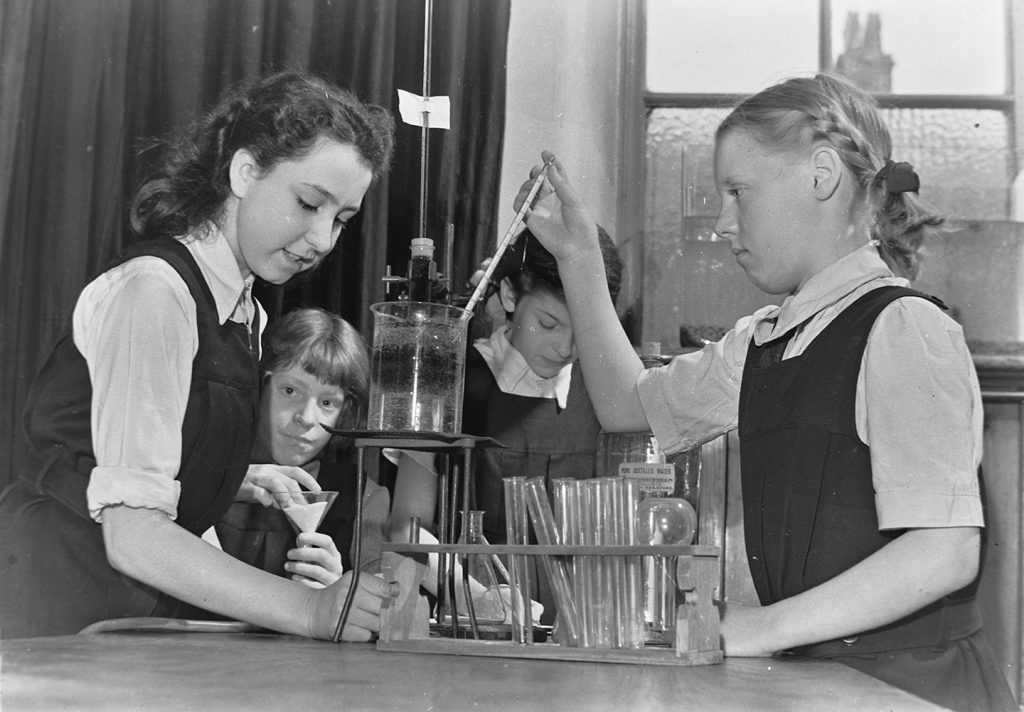 In the late 18th and early 19th century, education for poor children was delivered by churches and charities. Changes to the law throughout the 19th and 20th centuries made local school boards, local authorities and the national government responsible for providing education.

Traditionally, children from wealthy backgrounds could afford private tutoring or attending public schools. They received an education based on the classical languages of Latin and Greek. Grammar schools had been free since the 16th century, but very few children from poor backgrounds attended due to the need to work to earn money.

In early 19th century Bradford, Sunday schools were set up by different religious sects, such as Wesleyans, Baptists, Congregationalists and Quakers. By 1835, Bradford had 24 Sunday schools teaching 7,796 pupils and in 1860, there were 76 teaching 29,233 pupils.

The late 18th century and early 19th century saw the creation of Ragged Schools, providing free education to poor children who could not attend Sunday Schools.

The first ragged school in Bradford, known as the Cropper Lane School, was set up in 1854. Due to the number of children attending, bigger premises were built nearby by the 1860s and it was claimed to be one of the largest ragged schools in the country.

Broomsfield Ragged School in Bradford opened in 1858 and became an Industrial School later that year. It was closed in 1881 after years of concerns and criticisms from inspectors about the behaviour and progress of children and quality of teaching.

By the 20th century, church schools were teaching one third of all elementary age children but lacked adequate buildings and money for resources. The 1902 Education Act, or Balfour Act, set up local education authorities (LEAs). LEAs could raise funds through local taxes to fund schools and school boards, pay teachers’ salaries and maintain school buildings. Church, endowed grammar schools and board schools were now supervised by the LEAs.

The 1944 Education Act, or Butler Act, enforced free secondary education for all children by introducing the ‘tripartite system’ of (reformed) grammar schools, secondary technical schools and secondary ‘modern’ schools. Children were segregated into these different types of schools, which focussed on different subjects, skills and abilities, by the results of an 11-Plus exam, taken aged 10 or 11. Those who performed well went to grammar schools and others went to technical or modern schools.

By the 1970s, there was growing pressure to reform this system as it segregated children and disadvantaged some. It was replaced by the comprehensive system in 1976. This looked to replace grammar schools and secondary moderns schools with just comprehensive secondary schools. After opposition, some grammar schools survived. Since the 1970s, there have been changes to bring older infant and junior schools under a single primary school system.

The Education Reform Act, or Baker Act, in 1988 changed the school system by introducing a new compulsory National Curriculum. In most local authorities, the three-tier system of primary, middle and secondary schools started being phased out, replaced with a two-tier system of primary and secondary schools. Bradford had been the first local authority to have a purpose-built middle school, Delph Hill, which opened in 1969. Bradford switched to the two-tier system by 2002.

Over the last decade, there has been an increase in academy schools in Bradford and around the country.

Academy schools are funded directly by the Department for Education and run by an academy trust, rather than the local authority. There are still charities and faiths schools providing education to children and teaching continues in places of worship (churches, mosques and gurdwaras for example), providing not only religious education but extra tuition in academic subjects.