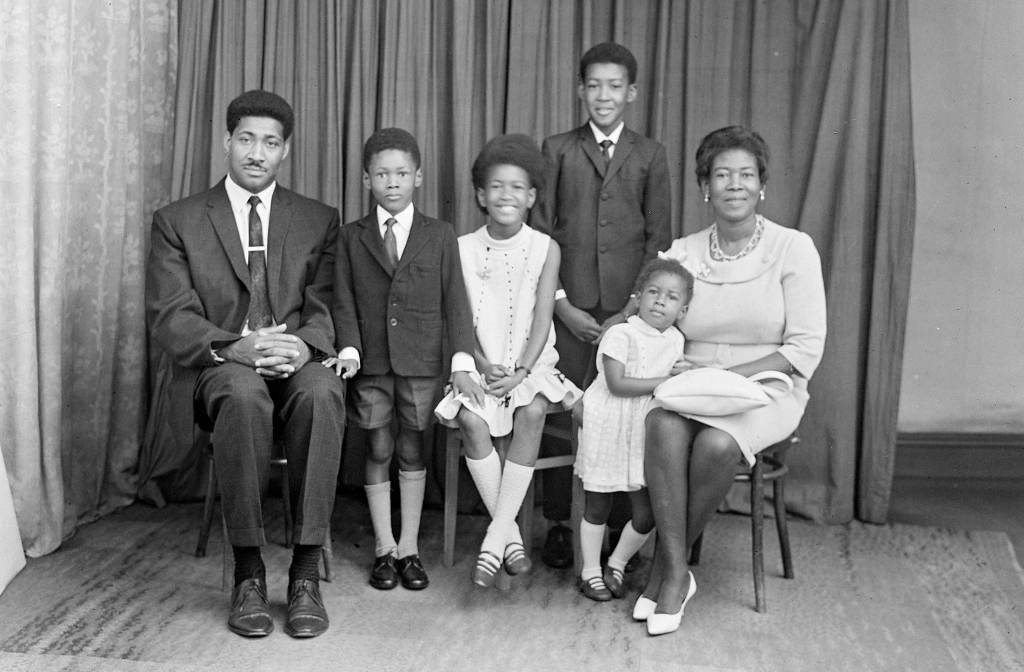 Acquired in the early 1980s, the Belle Vue Studio Collection is one of Bradford Museums and Galleries‘ most important photographic collections.

First opened in 1902 by Benjamin Sandford Taylor, the Belle Vue Photographic Studio produced portraits for the Manningham community and beyond until the mid 1970s.

Eventually Sandford Taylor retired and his assistant, Tony Walker, took over. In the studio’s early years very few people owned cameras but during Tony Walker’s time they became cheaper and more accessible. As a result, portrait studios grew less popular and many closed.

The traditional Victorian methods which Tony Walker maintained, using older plate cameras, natural light and placing subjects in formal poses, became increasingly unfashionable in the eyes of many. However, those who came to Bradford at the end of the 1950s and early 1960s, from Eastern Europe, the Caribbean and South-East Asia, desired exactly this style of photography.

Many wanted photographs of themselves to send home to families; to give reassurance that things were going well, they’d settled in and had begun to prosper. This was not always the case but a positive impression was required anyway. So while other studios disappeared, Tony Walker’s Belle Vue Studio went from strength to strength, remaining popular until his retirement in the mid-1970s.

For a time the studio was closed but eventually the premises were cleared. Fortunately, 17,000 negatives and thousands of prints were rescued and brought to Bradford Industrial Museum in the early 1980s.

In the intervening years images from the collection have appeared in books, newspaper and magazine articles, exhibitions and broadcasts. Increasingly it has become recognised as an important historical and social record and the work of an accomplished, skilful photographer.