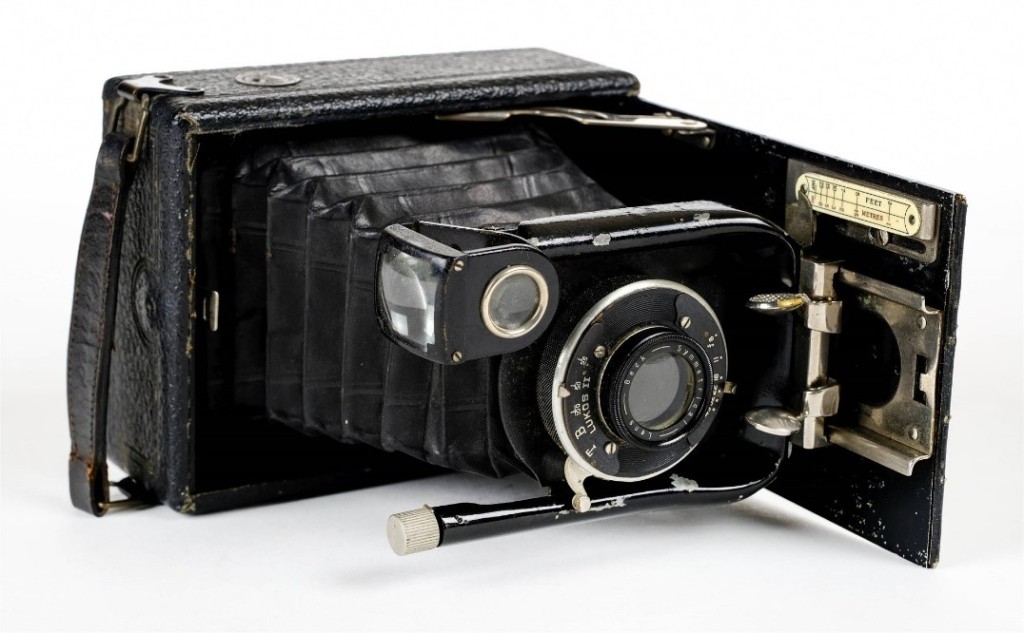 With the festive season upon us stories of magical Christmas elves and fairies fill the air, but no fairy tale has ever captured the nation’s imagination quite as much as that of the famous Cottingley Fairies.

The National Science and Media Museum in Bradford already has a number of artefacts relating to this remarkable story in its collections, including: original prints of the fairy photographs taken by cousins Frances Griffiths and Elsie Wright over 100 years ago, two of the cameras used by the girls, correspondence written by them and several watercolour sketches of fairies by Elsie.

Reuniting with these objects, the museum has now acquired a third camera used by Frances and Elsie. The folding quarter-plate Cameo camera, manufactured by W. Butcher & Sons, is one of two that were gifted to the cousins by Sir Arthur Conan Doyle in 1920, The museum already cares for the other Cameo gifted to the girls by Conan Doyle and also the original Midg camera belonging to Elsie Wright’s father which was used to take the first two of the fairy photographs in 1917.

Many people will be familiar with the story of the Cottingley Fairies. In the summer of 1917 Frances Griffiths, aged 9, and her cousin Elsie Wright, aged 16, were exploring a beck at the bottom of their garden in Cottingley, West Yorkshire. There, with a small quarter-plate camera, they took a photograph that they claimed to reveal the existence of fairies, seen dancing about in the foreground of a portrait of Frances. They made a second photograph several months later, which appeared to reveal a gnome greeting Elsie.

In 1919, Wright’s mother visited the Theosophical Society in Bradford to attend a lecture on fairy life where she presented the two photographs, and so began over a century of debate on the existence of fairies. The photographs were later exhibited at the Theosophical Society’s conference in Halifax where they were confirmed as genuine by photography experts, sparking the interest of author and spiritualist Sir Arthur Conan Doyle, who discussed them at length in an article on fairies for The Strand.

Many were dubious about the authenticity of the photographs and the girls were asked to produce more images in 1920. In later life, despite maintaining that they had seen the fairies, Elsie and Frances admitted that the majority of the photographs had been staged using cardboard cut outs, though Frances insisted that the final photo was real, making this one of the most successful photographic hoaxes in history.

The latest camera to join the museum’s collection was put up for auction by the daughter of Frances Griffiths and bought by the Museum for £3,400 in April this year. It was originally given to Frances in 1920 by Edward L. Gardner, an associate of Sir Arthur Conan Doyle and a member of the Theosophical Society. The camera could have been used to take the final fairy image, which Frances maintained was genuine right until her death in 1986, although whether this specific photograph was taken with the camera has not been conclusively proven.

Gardner wrote in his book The Cottingley Fairies and their Sequel: “Two good quarter-plate [‘Cameo’] cameras were bought, one for each of the girls, and then I went to Illingworth’s factory for the supply of two dozen plates … I went off, too, to Cottingley again, taking the two cameras and plates from London, and met the family and explained to the two girls the simple working of the cameras, giving one to each to keep.”

Despite Elsie and Frances admitting that they had faked the images using cut outs and hat pins, their story remains popular today, even making it to the big screen in the 1997 film FairyTale: A True Story which was largely shot around West Yorkshire.

Commenting on the Cottingley Fairies and the new acquisition, Head Curator, Geoff Belknap, said: “The Cottingley Fairies are one of the most enduring stories in photographic history. We are delighted to have acquired the final camera belonging to Frances and Elsie, especially because of the story’s local significance to Bradford and West Yorkshire. To this day the story is shrouded in speculation and mystery, the Cottingley Fairy objects remain some of the most enquired about in our collection and it seems these images continue to capture the public imagination as they had done 100 years ago, We are pleased we can care for and preserve this remarkable story for generations to come.”