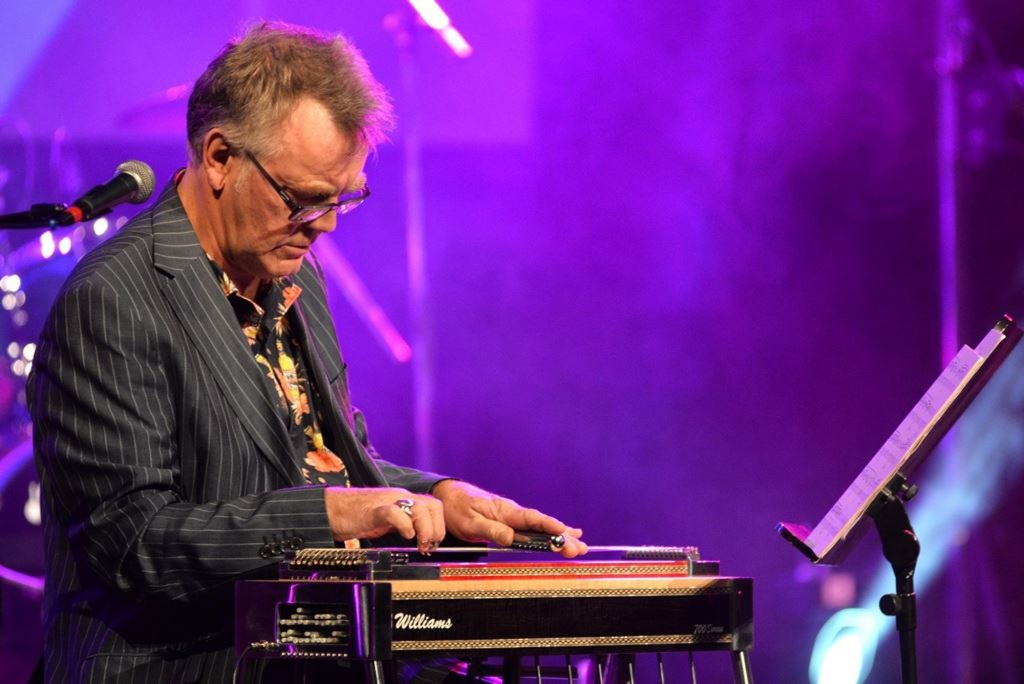 A fascinating exploration of the effects of the cold war in a very personal way, combining spoken word, song and music, electro classical composer Konrad Kinard presents War is Family, premiering at the Shuttle Shuffle Festival, In Bradford Cathedral on Saturday 17 August 2019.

The concert will be performed by five unique musicians, including Konrad’s thirteen-year-old son Taro Kinard, who will accompany his dad on voice, piano, guitar and electronics. This will be an unmissable experience.

“War Is Family is an assembly of songs, sounds and stories associated with growing up in the cold war and the damage it wreaked on the culture and the family. In a world where the danger was over there, where it could not be touched, and the monster was somehow only in the imagination.” said Konrad.

The concert will include an ensemble of unique musicians, BJ Cole on Pedal Steel Guitar. BJ Cole is the most essential and pioneering Pedal Steel Guitarist in the UK today. His uniquely eclectic style of Pedal Steel Guitar playing first made an impact on the British music scene in the early 1970’s with his performances on Elton John’s classic ‘Tiny Dancer’ and Joan Armatrading’s hit single ‘Down To Zero’.

Throughout the ’70’s and into the ’80’s, BJ’s inimitable contributions to classic recordings by Marc Bolan, Scott Walker, The Stranglers, Kd Lang, Deacon Blue and Paul Young earned him considerable respect as both an innovative and exciting creative force.

The success of this pioneering approach has been born out through sessions and live performances with artists as diverse as David Sylvian, Depeche Mode, Beck, Bjork, Sting, John Cale and most recently, Martin Simpson and Tom Jones. “Best Pedal Steel player in the World I’d say.” Sting

Hearn Gadbois-hand Percussion, Hearn Gadbois is a percussionist/composer specialized in funktifying various organic/acoustic sounds: mainly, but not exclusively hand drums of the middle east. He has a long history of working with those of very diverse sensibilities.

Transylvanian-born cellist currently based in Huddersfield. Eleonora is a Classically trained musician interested in Romanticism and Contemporary Classical music. Eleonora’s work encompasses solo, chamber, musical theatre and orchestral appearances that have given her the opportunity of being a touring musician around Europe and the United States. She also enjoys working in the field of new music, collaborating with singer-songwriters, performers, dancers and composers. Her most recent work in the contemporary music field has been with Davy Jones’ Locker Ensemble in Kent, organising living-room concerts and performing music written by living composers.