Make Your Mela Day, an outdoor festival of arts and cluture with an Asian flavour held around City Hall in Bradford, featured local, national and international artists. Photo by Tim Smith. 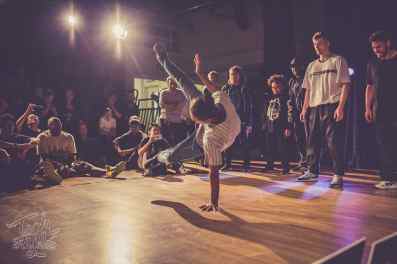 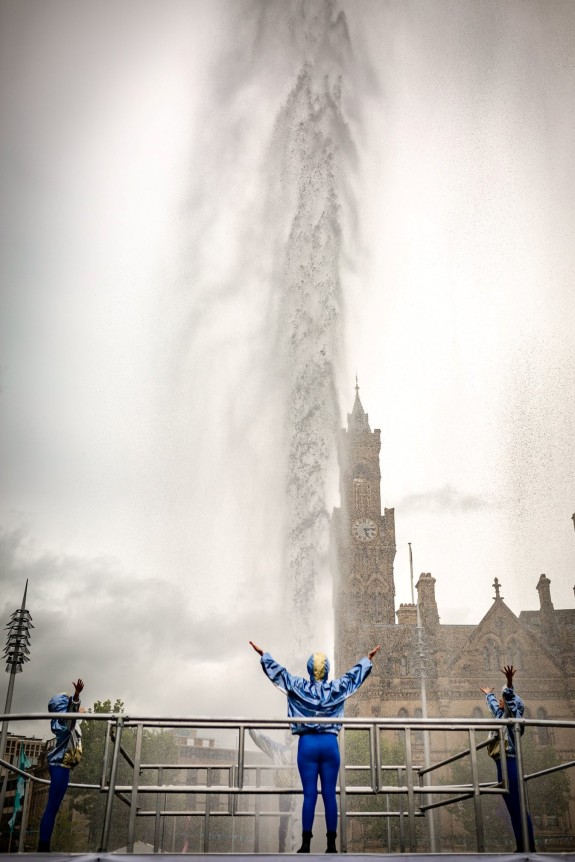 Bradford has announced plans to bid to be UK City of Culture in 2025.

The bid for the title, which is awarded by every four years by the government, is backed by Bradford Metropolitan District Council and will be driven by a newly formed Cultural Place Partnership which includes Bradford-based live arts company, The Brick Box; University of Bradford; Bradford College, further representatives of the cultural sector and national funders.

The Cultural Place Partnership is chaired by Leader of Bradford Council, Susan Hinchcliffe and the UK City of Culture bid will be initially chaired by Mary Dowson of Bradford Community Broadcasting.

Detailed plans will be unveiled when the official bid is launched late September and the Cultural Place Partnership is now looking to appoint a UK City of Culture Bid Director and to set up a trust to manage the project. The bid will also form part of the Council’s plans for a new Cultural Strategy for the next decade (2020 to 2030) which will be announced later this year.

Bradford joins a number of cities and areas competing for the title, with Lancashire, Luton, Medway, Southampton and Tees Valley already having announced their intentions to bid.  The UK City of Culture status has had a transformational impact on previous host cities, securing millions of pounds of investment and acting as a catalyst for creative place-making and culture-led regeneration.

Councillor Susan Hinchcliffe commented: “Culture plays a vital social and economic contribution to the city.  It promotes us to the nation and the world as a vibrant, creative and confident place to visit, live and work in.  I’m also a great believer in Culture and Art as a means of personal transformation.  It raises aspirations, enables us to explore skills we never knew we had and connects us with others in our neighbourhood.  If the bid is successful it would be of benefit for every corner of the district.  It would be really exciting.  I’m so pleased that this great group of people is driving the bid forward, I hope everyone gets behind them.”

Bradford, which as the UK’s 6th largest city is twice the size of Hull which hosted in 2017, is the youngest city in Europe (29% of its population under 20 and nearly a quarter under 16) and one of the most diverse in the UK.

Home to the National Science and Media Museum, the city has a cultural heritage that includes the Brontës, JB Priestley and it recently celebrated the 10th anniversary of being named the first UNESCO City of Film. Despite this, Bradford district overall has some of the lowest engagement figures for the arts nationally. In response, the city has been working for the last six months to put in place new structures to strengthen its capacity and to establish a new cultural voice for artists and independent cultural groups.

The city is home to some exceptional large-scale venues including Salts Mill, the Grade II listed St George’s Hall, which recently underwent a £9.5m restoration project, and there are plans to open the former Odeon as music venue ‘Bradford Live’. A consortium of Bradford organisations and artists, led by Theatre in the Mill, have recently been named as one of two national pilots for the Arts Council England’s Producing Hub; receiving £1.5m to develop local talent and boost the city’s ability to produce new work. Bradford’s wealth of public spaces and parks could also offer a spectacular canvas for events in 2025.

Mary Dowson from BCB and Interim Chair of Bradford’s UK City of Culture bid commented: “Our UK City of Culture bid presents a brilliant opportunity for us to showcase not only the incredible home-grown talent we have here in Bradford, but to create a legacy which improves opportunities for local people and promotes the city as a fantastic place to live, work and enjoy. Over the next few months we’ll be working hard to develop new partnerships and build a strong programme for the bid to include local, national and international events. We’re positive we can deliver a successful and spectacular year of culture in 2025, now we want the city to get behind us too.”

Final UK City of Culture bids for 2025 will be submitted in 2021. The winning entry will be announced in December 2021.

To help back the Bradford bid, members of the public attending arts and cultural events across the district over the next few months are encouraged to post about their experience on social media and to tag in @Bradford2025 and use the hashtag #Bradford2025.