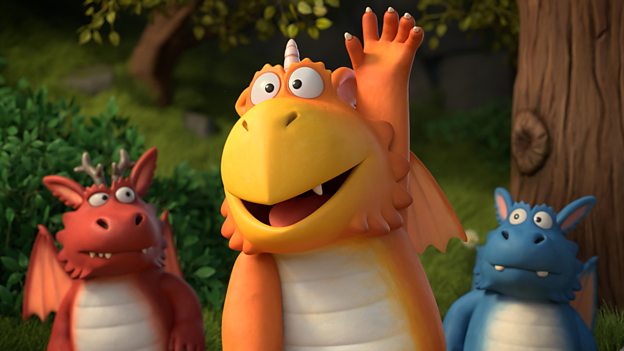 Families across England will get a first look at some of the BBC’s cracking Christmas content this December.

Free screenings of family favourites Zog and The Midnight Gang will be held across the country – giving kids a chance to see some of the biggest Christmas TV shows before anyone else. Nine cities around England will host the premieres, including Bradford.

Families attending will be among the first to see the much-loved stories brought to life on the big screen. Zog is the latest animated adaptation of a Julia Donaldson and Axel Scheffler picture book. The characters are voiced by a star-studded cast led by Sir Lenny Henry and Game of Thrones star Kit Harington. It is made by Magic Light Pictures, producers of other Donaldson and Scheffler adaptations including The Gruffalo, Stick Man and The Highway Rat.

Families will also get a chance to see the latest adaptation of a David Walliams book. The Midnight Gang stars David himself and tells the story of a group of kids who go on adventures at night.

The Children’s Christmas Premiere Tour will start in Newcastle on Saturday 15 December and finish in York on 23 December, spreading festive cheer across the country in the run up to the big day.

As well as a sneak peek of Zog and The Midnight Gang, families will also be able to walk the red carpet and pose for photos with famous props from some of the BBC’s biggest shows.

In Newcastle, Sheffield, Bradford and Liverpool the screenings will take place inside a specially built BBC Christmas cinema. And in some locations, there will be special screenings for school groups.

Helen Thomas, Director of BBC England says: “These are two hugely popular children’s stories brought to life brilliantly by the BBC. I hope people will apply for free tickets so they can see them before anyone else. We want it to be a special experience for families ahead of a special time of year. Bringing content and exciting events directly to our audiences is part of our push to better serve communities across England.”

Tickets to this year’s screenings will be available through a ballot which will be open from Tuesday 27 November for seven days via the BBC Shows and Tours website:

The Midnight Gang is adapted from the bestseller by popular children’s author David Walliams. It tells the story of a young boy called Tom who finds himself in hospital after being hit on the head by a cricket ball. On the children’s ward he discovers the Midnight Gang, a secret group of children who go on midnight adventures in the hospital making dreams come true.

David Walliams appears in The Midnight Gang as the headmaster. He is joined by Alan Davies as the scary porter, Haydn Gwynne as the kid-hating matron and Amit Shah as the slightly nervous Dr Luppers, while Tom is played by Oliver Zetterstrom. The Midnight Gang is made by King Bert Productions.

This enchanting version of Julia Donaldson and Axel Scheffler’s beloved book also features the voices of Tracey Ullman and Kit Harington in the story of a keen but accident-prone dragon who gets himself into mischief whilst learning how to fly, roar, breathe fire and fight knights in his first four years at Dragon School. Hugh Skinner provides the voice of Zog and Patsy Ferran is Princess Pearl.

The ticket ballot will close on Monday 3 December.