Kala Sangam shows off its new direction with an exciting season of the best dance, music, theatre and events for all the family. 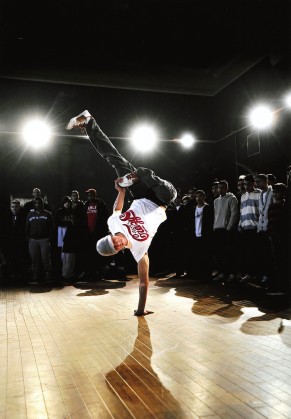 Bradford’s intercultural Arts Centre Kala Sangam announces its new programming strands this autumn with the company’s most diverse programme to date. Previously most well-known for promoting South Asian arts, the company has now taken a new artistic direction, placing Bradford and its diverse communities at the heart of everything it does.

“Thanks to our new programming strands our Autumn – Winter season really should have something for everyone in it. Our This Is Bradford strand looks to put us at the heart of arts delivery in the city, offering space and performance opportunities to local artists and companies. Under our South Asia Now strand we’ve increased support for British artists of South Asian descent and for those who are keeping traditional artforms alive in new and interesting ways. Finally our British Diversity strand has seen us widen our programming to ensure what happens on our stage is at the forefront of what it means to live in Britain in 2018. It’s a really exciting time for the company so there’s never been a better time to check us out!”

The season begins with the launch of Cultures Cross the Borders (06 September to 18 October), an exhibition exploring the comparisons between Eastern and Western Culture by Syrian-born artist Ousama Lazkani. Kala Sangam’s second Artists Takeover Scratch Night (15 September) is the culmination of a month where the Arts Centre is handed over to artists to create new work. Artists performing include Bradford poet Shareena Lee Satti and dancers Hiten Mistry, Parbati Chaudhury and Rachel Clarke. September finishes with a Music Double Bill (29 September) featuring Jazz North Northern Line artists Täpp and zerOclassikal’s latest work – ONE by Mithila Sharma.

Led by the winner of the Voice of Bradford, Faisal Motin, BBC Radio Leeds Voice of Bradford Rap Showcase (04 October) will feature performances from some of the best rap artists in the city. Seeta Patel and Lina Limosani’s multi-award winning Not Today’s Yesterday (13 October) blends techniques from Bharatanatyam, contemporary dance and theatre in a powerful one-woman show. Having been a fast-growing underground gathering for the past four years, Tech Styles (19 & 20 October) comes to Kala Sangam for the first time, showcasing the best breakin the UK has to offer. Finally in October Kala Sangam continues the company’s 25th Birthday celebrations with a free Open Day (26 October) packed with workshops and performances.

November starts with Shane Shambhu’s Confessions of a Cockney Temple Dancer (03 November) a funny and honest solo performance which combines stand-up comedy and Indian dance. Women of the World Festival (17 & 18 November) returns to Kala Sangam for the third year for a weekend of talks, discussions, music, activism, performance, mentoring and big ideas. Kamala Devam Company’s Ankusha and Other Mysteries (29 November) is an evening for dance lovers and novices alike, featuring world-class dance, film and theatre.

Deafblind Bradford artist Minerva Hussein presents a collection of bold and tactile artwork in his biggest exhibition to date – Ways of Communicating (06 December to 24 January). Kala Sangam’s season comes to a close with Bradford Pick & Mix 2018 (15 December), a unique showcase of some of the best theatre, music and dance that’s been produced in the city over the last 12 months.