Well over 2,500 nominations have flooded in for the inaugural Bradford curry awards launched to find the best of the best and celebrate the industry’s contribution to the local economy, heritage and culture.

Bradford has won the national title of Curry Capital of Britain for an impressive six consecutive years, still holds the current title, and boasts more than 200 curry establishments all contributing to that virtually unrivaled reputation.

The brand new Bradford Curry Awards have been organised for the first time this year, providing a platform to showcase the best of the local industry. They aim to recognise not just the city’s top chefs but also all those who work hard behind the scenes to create the city’s nationally-acclaimed culinary reputation.

Curry lovers from across the district were invited to nominate their favourite eateries – with around 80 names put forward – and a shortlist has now been announced of the top five establishments which received the most nominations in each of eight categories across the industry.

After the mammoth task of counting and verifying the close-run nominations was completed by auditors Smith & Munir, the shortlist can be revealed as follows: 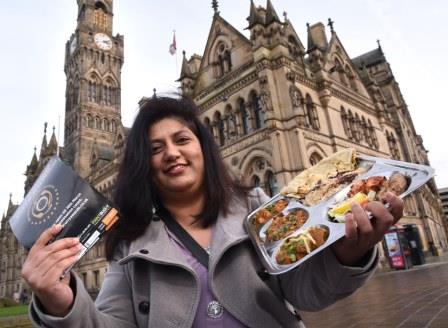 Fatima Patel, Event Director for Bradford Curry Awards said: “We were absolutely overwhelmed with the response. We were aware that the people of Bradford love their food and know their curry, but they’ve really rallied round to support their favourite establishments. It’s been phenomenal to see how passionate everyone directly involved is about their industry and what it means to the Bradford economy.  As well as showcasing the best of the industry, we hope the awards will also help to attract new talent, so ensuring it is sustained and continues to grow long into the future.”

The expert judges will now visit the shortlisted establishments to mystery dine and choose final winners in all categories, except the Best Restaurant – People’s Choice.

The winners will be announced at a prestigious awards ceremony on Tuesday, 17th April, at the Cedar Court Hotel in Rooley Lane, Bradford. It will feature an entertaining evening of music, inspirational speakers, comedy and, of course, great food.

Food fans from across the community are invited to join the celebrations and network with business leaders, politicians, and above all, the crème de la crème of Bradford’s curry industry.